A guide to using emojis professionally at work 👍 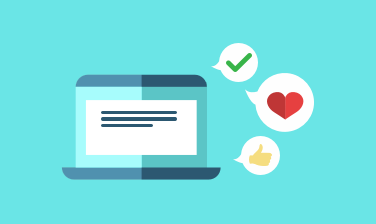 A decade ago, seeing an emoji in an email at work would be like spotting a tiger in the center of New York City: it never happens — and if it did, people wouldn’t know how to react to it.

Seen almost exclusively in text messages, emojis at work were considered unprofessional at best, and at worst, damaging to your credibility. That’s not always the case today. Particularly if you work in tech, you can see emojis smiling up at you from all over the office — in email, Slack messages, WhatsApp, and more.

Emojis have even infiltrated enterprise brand marketing: companies like Zapier, Buffer, Mentos, Burger King, and many more have successfully woven emojis into their products, marketing campaigns, or company culture.

Despite the abundance of emojis across messaging, for many people, there’s often still a big❓hovering over emoji usage in the workplace. And it’s for good reason: emojis are deeply dependent on context, interpretation, and knowing your audience. Here we’ll dive into the best practices for using emojis professionally at work, when to steer clear of them, and why emojis can help you communicate more clearly when done right.

Be wary — emojis are open to interpretation

As with a piece of modern art hanging in a museum, emojis are images — and they are open to interpretation. The problem worsens with uncommon emojis: what is that tiny sheep supposed to mean about my project? Or when you combine a string of emojis: is a smiley face still positive if there’s a bomb next to it? Anything that requires someone to sit and puzzle over its meaning will result in frustration or uncertainty, not better understanding or deeper connection.

Benefits of using emojis at work

Why use emojis at all? There are several reasons why it makes sense to send 😃, 👍,  📚, and more to your teammates.

Using emojis can also help convey empathy when they’re used to reinforce a typed message (although, interestingly, they don’t have this capability when emojis are used alone).

It’s proven that smiles are contagious, so why not use the classic 🙂 every once and a while at work? As anyone who has received an unexpected grinning emoji from a friend at work can attest, emojis help spread positivity around the office. Plus, studies have shown that when you look at a smiley face online, the same part of your brain is activated as when you see a human face in person.

Bring your real self to work

The power of emojis is that they can be a reflection of your personality. When people see you as an actual human on the other end of cyberspace, they’re more likely to engage with you, and in turn, it'll be easier for you to collaborate. Studies show that bringing your real self to work is healthier and helps you be more productive.

How to use emojis professionally

Best practices for using emojis at work differ depending on the platform you’re using (email vs. social media vs. messaging apps), but there is one guideline that applies to all formats: Know your audience.

So, think about your audience when it comes to using emojis at work. This best practice is founded on the general communication tactic of mirroring to build rapport. Loosely mimicking a communication partner’s style helps you communicate with them better. (Going overboard with this tactic and being a mime also makes people uncomfortable, so it’s best used lightly 😂)

If the person you’re emailing loves emojis, you can probably use more or a wider variety of emojis effectively. If, on the other hand, the person you’re communicating with uses the formal email structure they learned in the 90s, complete with colon after your name, you’ll want to ditch the emojis and stick to trusty ol' words.

When you do decide that your message warrants an emoji and that your recipient would appreciate it, here are some best practices for using emojis at work.

Don’t rely on emojis alone to do the job of communication. Emojis work best when they reinforce a written message, not communicate a new one.

As much power as emojis have, they cannot soften harsh or sarcastic words. An emoji won’t help “Apparently you didn’t receive my last email,” sound any better. As tempting as it can be to go this route when you’re frustrated, avoid using biting words altogether and never pair them with emojis to avoid being passive aggressive.

🌐 You can use emojis on every social platform

Even LinkedIn is filled with emojis. Using emojis in social posts helps you capture attention and convey your personal or company brand. They even put together a guide of tips for using emojis on LinkedIn.

💼 Stick with the basic, professional emojis

Unless you’re truly barfing, there's probably no need for 🤮 at work. Certain emojis are considered more professional, such as the common face 🤓  and hand 👏 emojis, and emojis like 💡 that are often associated with business.

Great (and not-so-great) emojis to use in the workplace

What emojis are okay to use at work? Every workplace is different, but here’s the general consensus of the emoji-using public:

Use emojis to be concise and build friendly work relationships

Using emojis at work can allow you be more concise, create a closer bond with teammates, and grow your team culture in a positive direction. The more human your messages feel, the more likely people are to respond in a positive manner. And when emojis are used to reinforce a message, you can help get your point across clearly.

Company News a year ago

Report: Free up just one hour in a workday & your team will be more fulfilled

It’s never been tougher to attract and retain high performing talent. According to a recent report by Mercer, two

Email? Chat? Meeting? Sometimes it's tough to know which communication channel is appropriate for every situation. Here's the guide we use at Front.

One way to keep your business moving forward, despite constant growth and change? A foundation of workflows you know you can rely on, no matter what the world throws your way.

Get the best tips and advice straight to your inbox. Unsubscribe anytime.